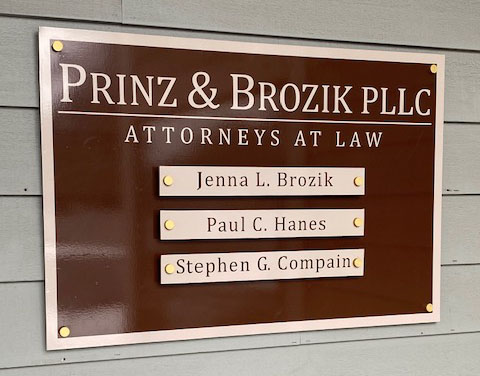 Retired Attorney Beth Prinz grew up in Boston, MA, and graduated from Bryn Mawr College in Pennsylvania. She received a PhD from the University of Pittsburgh. After working as a college professor for many years in Pittsburgh, she attended University of Idaho Law School and graduated in 1999. She was admitted into the Idaho Bar Association in 1999 and the Washington State Bar Association in 2000. Ms. Prinz opened Prinz Law in 2001 after working as an associate attorney for law firms in Colfax, WA. Her primary area of practice was family law. Ms. Prinz hired attorney Jenna Brozik in 2011 as an associate attorney. When Ms. Prinz retired in 2012, Ms. Brozik took over the practice and opened Prinz & Brozik PLLC. 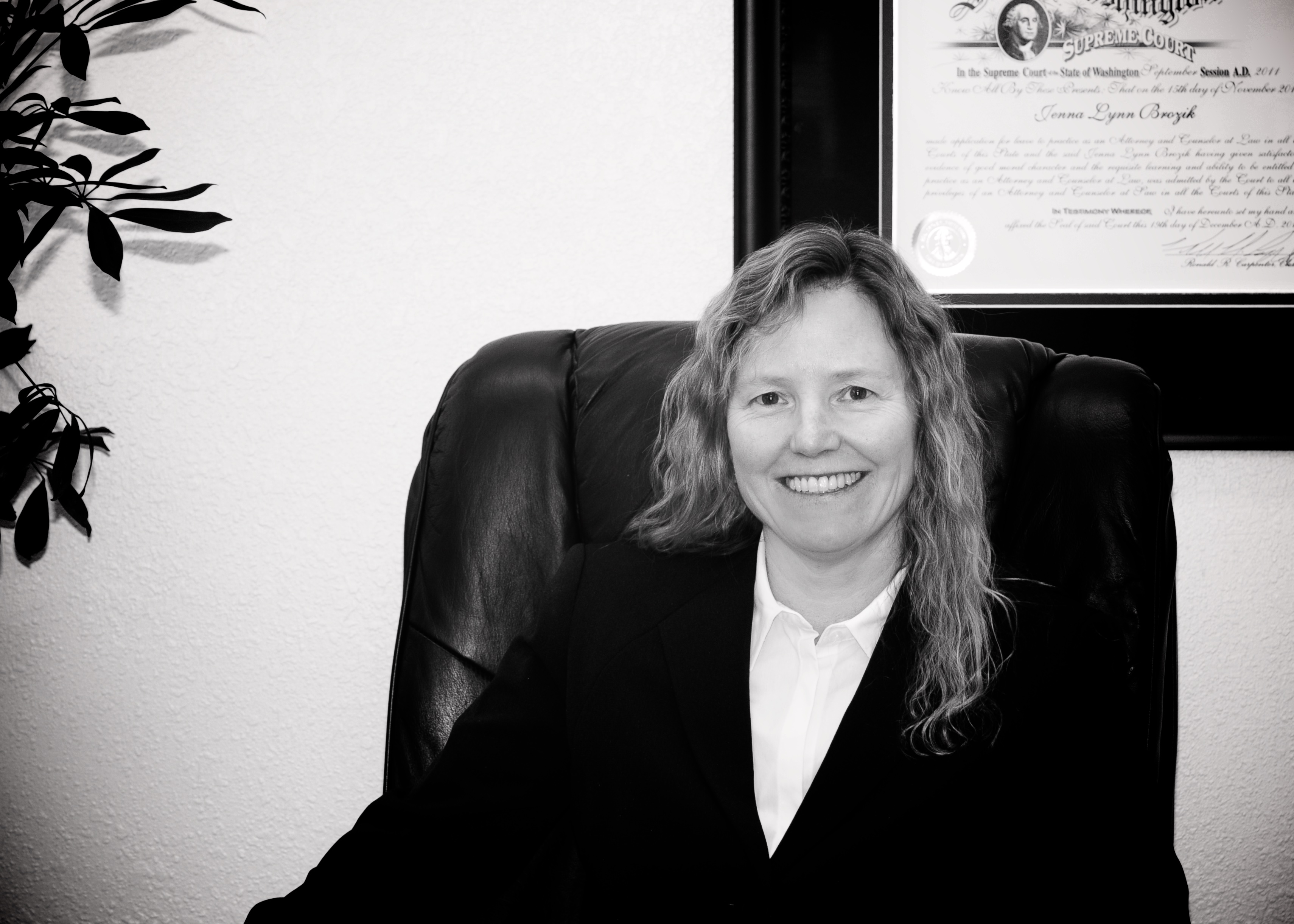 Jenna Brozik is from Texas and graduated from University of Colorado at Boulder. She had a previous career in Hollywood, CA as a Chief Lighting Technician (also called a gaffer) for thirteen years where she worked on feature films and television. When her husband accepted a job in Pullman, WA, Ms. Brozik decided to attend law school. She graduated from The University of Idaho College of Law in 2011. In the summer after her second year of law school, Ms. Brozik worked as a law clerk at the Attorney General’s Office at Washington State University. During her last year of law school, she represented clients as a Rule 9 Legal Intern at the University of Idaho College of Law Legal Aid Clinic. She practiced family, criminal, and landlord/tenant law at the Clinic. 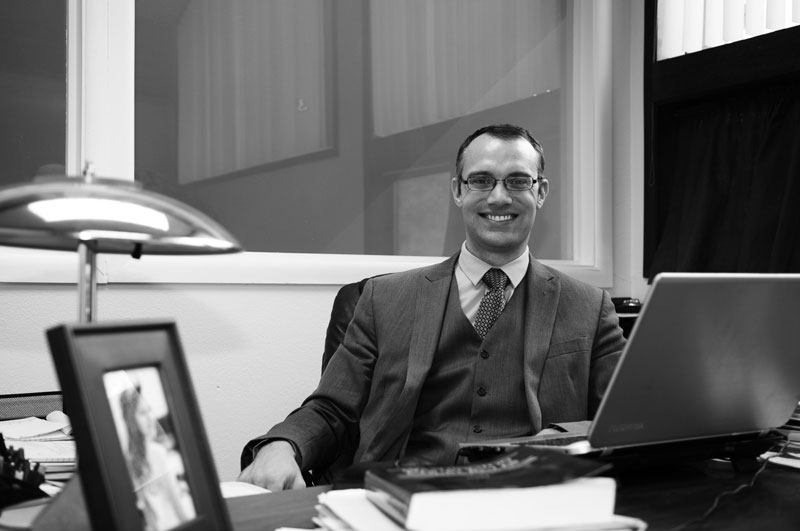 Paul Hanes was born in San Francisco, CA but later moved to Western Washington where he graduated high school in Port Angeles, WA. Mr. Hanes graduated from the University of Idaho in Moscow with a B.S. degree in History and then graduated from the University of Idaho College of Law in 2012. In the summer following his second year of law school, Mr. Hanes served as the sole legal clerk for the Clallam County Superior Court Judges in Washington and as a legal intern for the Clallam County Public Defender’s office in 2012.

Upon graduation, Mr. Hanes took a two-year hiatus from law and worked locally in Moscow, ID, during which time he married and moved to Moscow permanently with his wife, who works as a Suzuki certified violin instructor. Mr. Hanes was admitted to the Washington State Bar in 2015 and the Idaho State Bar in 2016. Upon admittance to the Washington State Bar, Mr. Hanes accepted an associate attorney position with Magyar, Rauch & Associates, PLLC in Moscow, ID where he practiced in criminal, family and landlord/tenant law. While working at this firm, Mr. Hanes also served as a Public Defender for felonies in Nez Perce County, ID from February 2017 to August 2017. 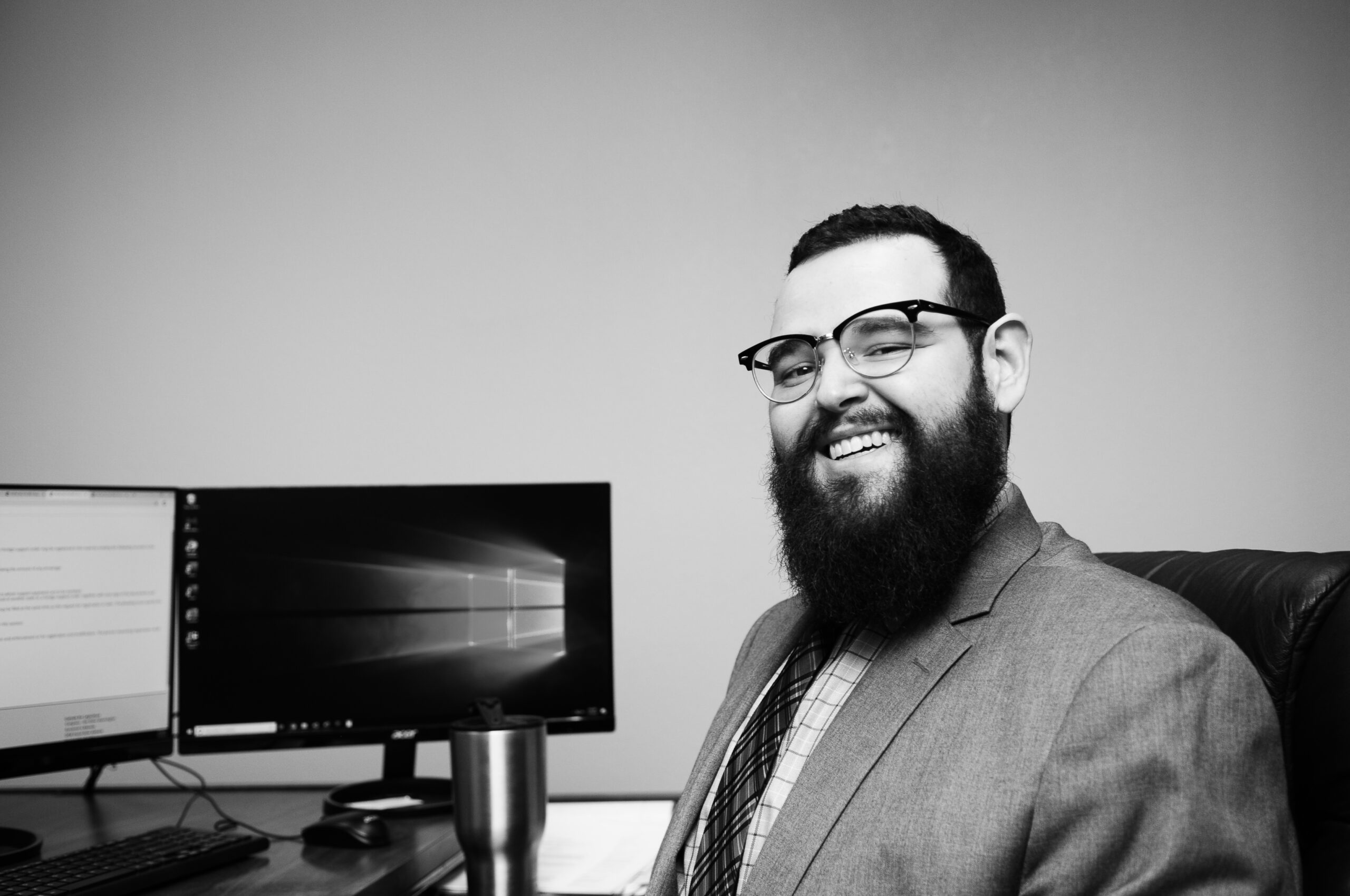 Stephen G. Compain attended Texas State University for his undergraduate degree and the South Texas College of Law for his juris doctorate. During his time in law school, Mr. Compain presided over several legal activist groups such as the National Lawyer’s Guild and Middle Eastern Students Association. While living in Texas, he worked in the Harris County District Clerk’s office, at the Harris County District Attorney’s office, and the Lone Star Legal Aid clinic, as well as work with nonprofit groups rendering legal aid to those seeking fair treatment and legal status under DACA.

Mr. Compain decided to move to Washington in 2017 after passing the Washington State Bar Exam and becoming licensed to practice law in the state. Since the move, he has thoroughly enjoyed the Palouse area and found new passions in the law and in life he was not able to find before. Mr. Compain began working at Prinz & Brozik in August 2018, and primarily practices Domestic Relations and Family Law. 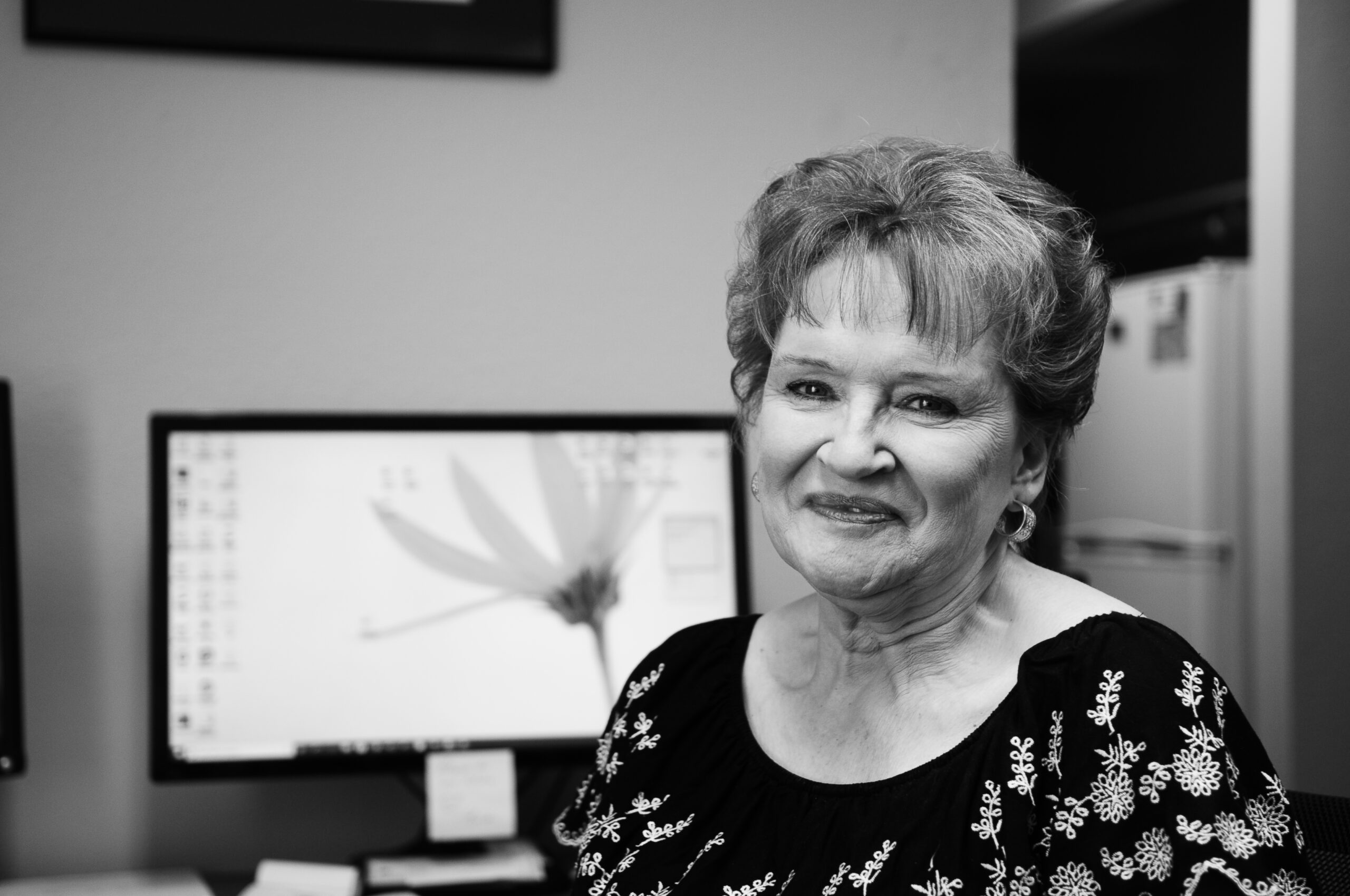 Linda Schmidt has worked as a secretary, legal assistant/paralegal for almost 20 years. Prior to that she was employed by Whitman County Auditor’s Office in Legal Records and later as the head of the Vehicle Licensing Department. She has a career paralegal degree and is certified as a guardian ad litem. 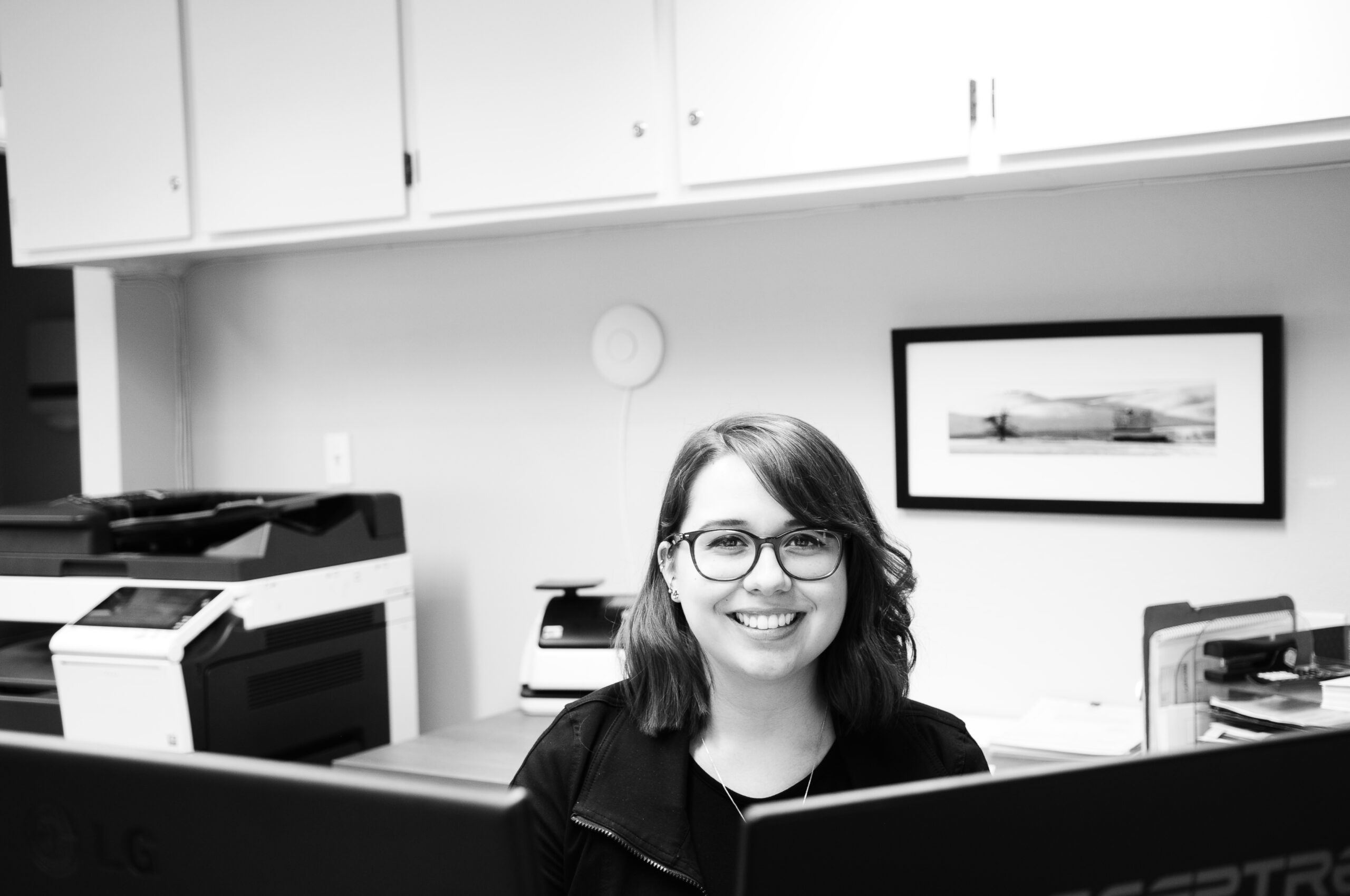 Megan was born and raised in Moscow, ID; after graduating from Moscow High School she moved to Boise to attend Boise State University pursuing a degree in Communication but moved back to Moscow her sophomore year of college and transferred to the University of Idaho. During her educational career she discovered a passion for two things, law and radio, so she worked for a few law firms in the Pacific Northwest along with volunteering at local radio stations.

In 2018 she graduated from the U of I with a Bachelor’s of Science in Broadcast and Digital Media with a minor in Communication. She is now married, works for a local radio station, and was hired at Prinz and Brozik, PLLC in April of 2019.

Melissa Leinweber was born in Mesa, Arizona and raised in Whitman County. Melissa and her husband Clayton have been living in Colfax for over 12 years with their two sons, Grady and Bryson. At 22, Melissa began working for the county as an office Administrator for 7 years, during that time she developed a love for working with the community and problem solving in the office! At the end of 2018, Melissa decided it was time for a change and was fortunate enough to be hired at Prinz and Brozik PLLC.

Melissa enjoyed working for Prinz and Brozik as a full time Legal Assistant for over a year, until she decided to get her Real Estate license. Developing friendships with her co-workers and her passion for her work keeps her busy; she works as a legal/accounting assistant for Prinz and Brozik part time and she also is a real estate agent for REMAX.